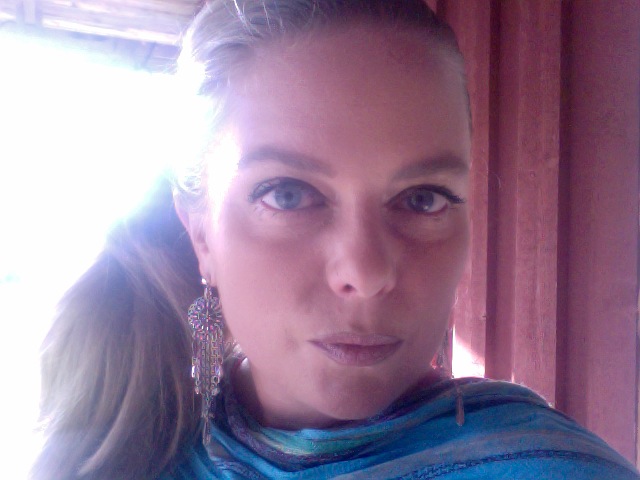 I chose to come into this world on a sunny summer night, during a midsummer solstice, on a Sun-day, when the light shone the strongest and the longest. I was born into a swedish family in the southern parts of Sweden but later on I moved to the northern parts, ”The Land of The North”, where I now have my roots. Southern Sweden made me miserable and as by a Miracle, I got to move to the Land of The North, a 10 h drive from my birth home.

I was guided to activate my LightBody with Orin and Daben and that process took me 1,5 years. During that process I had a major physical and emotional cleansing which gave me physical pains as well as mood swings. It was as if the worst was suppose to leave me, all the subconscious programming that talked about victimhood. I prayed for a Miracle and messages came through that I needed to be the Miracle in order to experience Miracles. I later found out that even my name, Andrea, means Miracle.

In the book, A course In Miracles, a Miracle is when you neutralize a fear or a belief system where you become neutral to a certain situation. This is also what my meditations do. They neutralize you. So I am embodying the Neutrality/Miracle and I am giving it to you.

After I activated my Light Body I was told by my Inner Voice to start channeling. In different channelings I received messages that made me wake up to, that I am more than my body. My Guides or Higher Self showed me life on other planets and how I can cooperate with the Guides who were meant to cooperate with me at that time.

During this time I started a Facebook group and the only name that came to me was Nordic Light Healing. Messages came through on how the Light that will save us all will come from the North. My Guides showed me the history of the Vikings, their rituals for growing food and the meaning of different symbols which had energy imbedded in them which balances the mind and the heart. They showed me different Light Bodies I could use in order to strengthen my energy further.

Each and every life that we have lived through eons has made its mark in us through our DNA. Genetic codes have been downloaded into us, both physically and etheric. We have for a long time, lived under a system that has enslaved us and I feel that my mission on planet earth is to free us from this. It is my destiny to help people wake up and to free themselves from the emotional and mental blockages so they can live free and happy. My task is to let the Light penetrate each and every cell in order to re-program the DNA into Freedom and Love.

My Inner Journey brought me to The Land of The North. Where the Light will penetrate the earth’s Highest Energy Portal, through us Light Workers who are steadily holding the light through the Light Pillars that have been created for us.
It will now be downloaded, into our DNA, these processes that are presented to you on this website, new Codes that holds a Higher Light which re-programs your DNA to be able to hold more Light but also helps you let go of and neutralize the programs that have held you captive for eons.